Munich businessman of the year 2018: Cengiz Ehliz with “wee”

“Hello friends,
Dear readers,
in German, we say that someone who is delighted, enthused and inspired is “flashed”. And, if this expression comes from the legendary cartoon character and superhero Flash Gordon, then I’m still 100% flashed. The past 24 hours have been an emotional rollercoaster: first, the award for “Munich Entrepreneur of the Year” prize went to my friend Cengiz Ehliz, the visionary and founder of “wee”. Then there were some very emotional, in-depth conversations with great people at the black and white ball “Münchner G’schichten” on the Nockherberg, the cult event location in Munich. This was followed by some well-earned partying into the early hours and today from 2pm once again full concentration was the order of the day at the COOINX kick-off meeting in Munich, in front of no fewer than 400 guests at the Munich Marriot Hotel.

So, what actually happened? Yesterday, my personal Flash Gordon, my longtime friend Cengiz Ehliz, received the most significant entrepreneur award in the metropolitan region of Munich. It was not for his life’s work, we are too early for that, but rather the award relates to the year 2018: “wee” introduced its cashback and mobile payment system with the ingenious campaign “weeLoveMünchen” and by the end of the year more than 2,000 retailers were integrated into the system. The speaker, Josef Schmid, MdL, standing in for State Prime Minister Markus Söder, who was unwell, praised the entrepreneurial spirit of the m-commerce multi-entrepreneur Cengiz Ehliz, and the fact that “wee” actively supports the Bavarian state government with its digitalisation strategy in retail. Is there anything better than being praised by politicians? 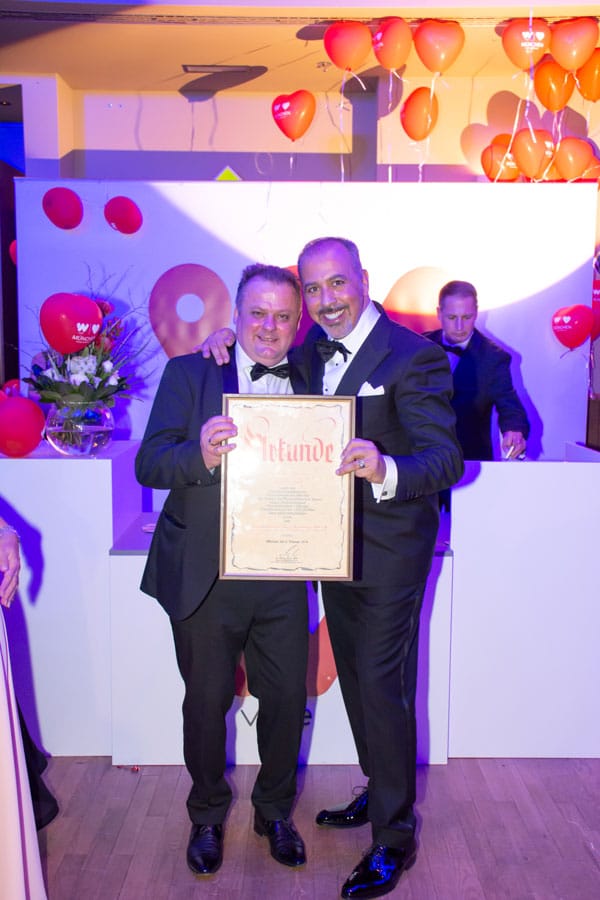 My Flash Gordon, my hero, is Cengiz Ehliz, who has fought many a battle to stand where he is – where we are – today. On the road to success! The fact that we now officially receive the highest public recognition is a great satisfaction for me. Because there are still one or two “snipers” who want to discredit us in the media, want to harm us… All I have to say to those people is: no matter how much nonsense you write, you won’t stop us, we promise!

I had a lot of fun last night, because I was allowed to moderate the live broadcast of the award as a representative of COOINX with the PR of “wee”. To anyone who saw it: for technical reasons, we only had one microphone, but two differently branded micro-bouncers, which then had to be changed continuously. That was exciting, it was great fun in the interaction!

It’s really unbelievable – on all social media channels we had and have a reach of 30,000, and the trend is constantly rising… Isn’t that great? And it gets even better: more than 400 guests came to our kick-off meeting today! No one was bored, every one of them, I felt, was more motivated by the minute. 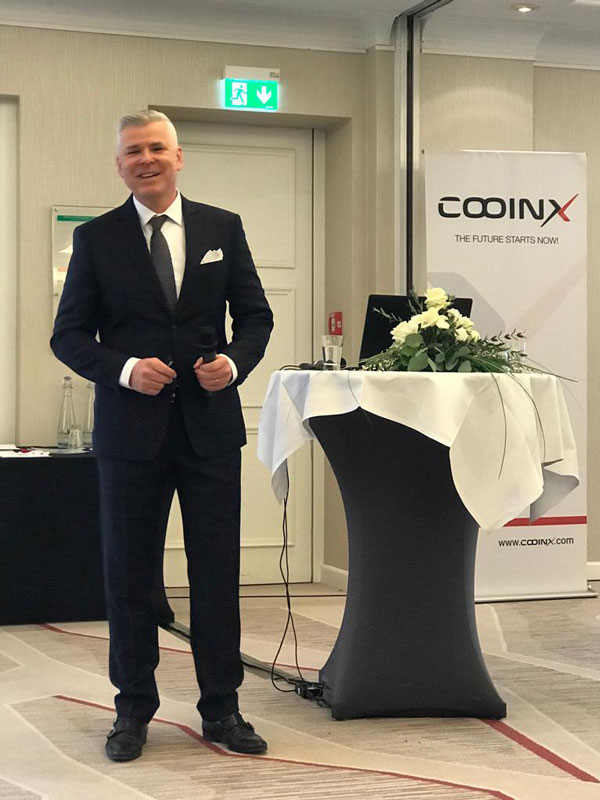 Dear friends, we are on an incredible path! Nobody will stop us from making “wee” a global blue chip with the support of COOINX. Now there is room for everyone to be a pioneer, to profit hugely from the coming positive development. My own personal advice, even if I’m still full of adrenaline, would be to join in, and go for it! That’s the only way to make a masterpiece out of your life.
Enjoy the brilliant pictures of today and yesterday,
Yours
Michael Scheibe”